These authors are taking on the colonial, Marxist historians with research, evidence and conviction – a list

History is always open for interpretations and conjecture. The one who is victor gets the lion's share (in history). And therefore, the other side fades into oblivion. Who will tell about those who did not get their say? Who will play the advocate for the defeated ones? Who will communicate the events involving those who did not have a chance to defend themselves? It is a fact that history repeats itself. However, it's also true that history needs someone to speak on its behalf. 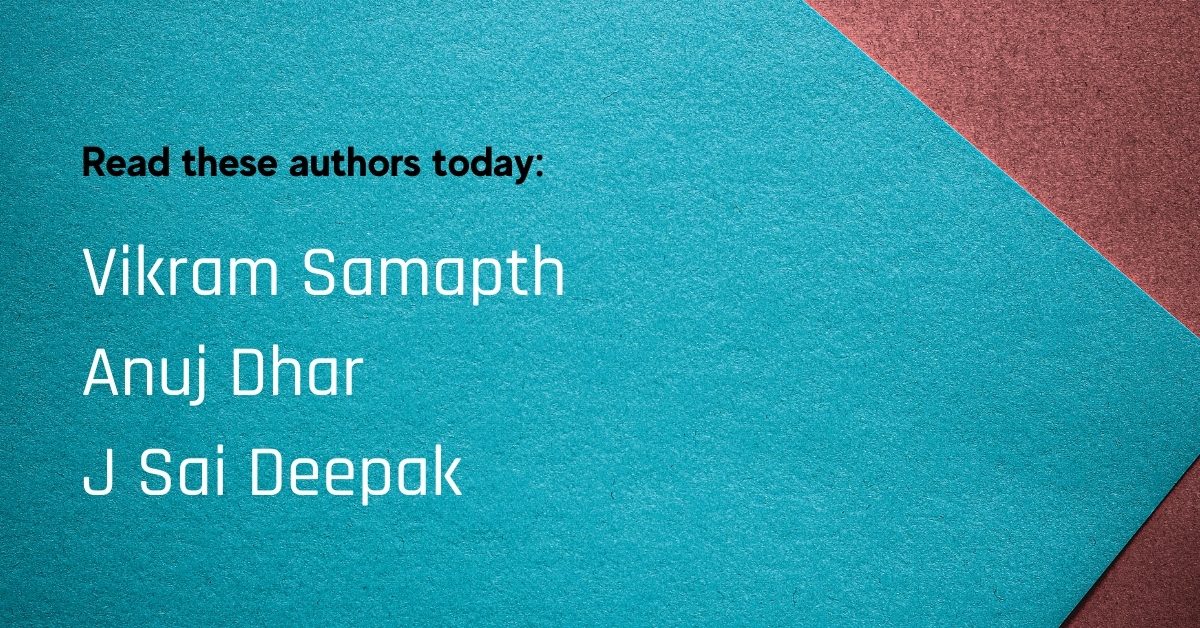 A few Indian historians have escalated to fame in a short duration. Vikram Sampath, Anuj Dhar, and J Sai Deepak are the subjects of the previous sentence. Why did it happen? How did a few historians (as we know them) get to the heights so quickly? As readers, we only see the final output in the form of books they have written. However, if we try, we can see the continuous urge of getting the other side of Indian history into the open.

Sampath's biography of Veer Savarkar, Anuj Dhar's accounts of Netaji Subhash Chandra Bose, and J Sai Deepak's account of the colonial history of India stirred a new debate in the academic world. These young (relatively) and brave historians have dared to challenge the status quo. Sampath's book on Savarkar has attracted appreciation from the readers. Many politicians and academicians have also criticised Sampath because he dared to present another side of Savarkar's assumed history hitherto. There is prejudice in this criticism. A tint of entitlement is also evident in such cases of unsolicited attack on a young historian who has presented his arguments with facts and evidence.

Anuj Dhar attracted many words of appreciation for his relentless works on the life of Netaji, the famous freedom fighter of India. Nevertheless, like Vikram Sampath, Anuj Dhar's works did not ring the right tunes for many political figures and historians. They criticised Anuj as a politically-inspired author. It is the ultimate weapon in India. If you cannot stand against someone's brilliance, blame him for being political.

J Sai Deepak's debut book, India that is Bharat: Coloniality, Civilisation, Constitution, has put the author right on the line of brilliant young minds in India. His book is a testimony that one can pursue any career despite everything that rests in the past! J Sai Deepak's work pits Western thoughts against the Westerns. The author brilliantly presents a case for the Indic civilisation and its loss at the hands of the British. His main proposition is that you cannot use the colonial lens to understand the India of the past. The metaphor Bharat stands for India before colonisation.

If you want to understand more about any of the topics, Savarkar, Netaji or Bharat, you can read the books by these authors. Attacked by many established historians and institutions, these authors have stood their ground because people like us read them. And this is what matters in the end!

By Ritesh for The Best Books, a book blog