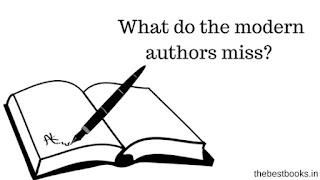 Charles Dickens was a novelist of the Victorian England who turned the readers into the audience watching his heroics in the textual field and he almost threw every kind of modern evil out of the park like a baseball hitter throws the ball very far everytime it hits the bat he is holding. However, have we been able to forget Dickens since it has been so long? The answer is certainly now because Dickens still continues to live in our memories - a hero novelist who took on the fight against social evils in his books and was successful in translating the emotions of the readers into a possible reaction against the social causes. Why do the modern novelists refrain from doing such things? Well, maybe because we as a society have already failed and there are no ways to get ourselves mended now... maybe!

The Nobel Prize winner novelist, Kazuo Ishiguro, tried the same in his novels as he portrayed the devastating situation that had been left as the residue of the second world war which left the world, along with Japan, in dismay! However, that was long ago - the modern ones have their own sales battle to win and they succeed as well!

The classic difference between modern fiction and the old fiction is that the former was broad and the later has become rather contracted. Thackeray's Vanity Fair, howsoever dark that might be, reflected more or less the situation in the materialistic England where everyone was eager to be rich, this or that way. What do the novels of likes of David Lodge or Graham Greene reflect? If you see it with a closed sight glass, you will find that the theme has been shrunk deliberately to magnify the details the old-age novelists did not think proper or necessary. Well, the society changes - priorities change with time - and we have to accept this transition in the terms of fiction writing too. Writes write what their societies permit them to write. And by that logic, we must accept that our society has rendered the list of priorities with many fault lines.