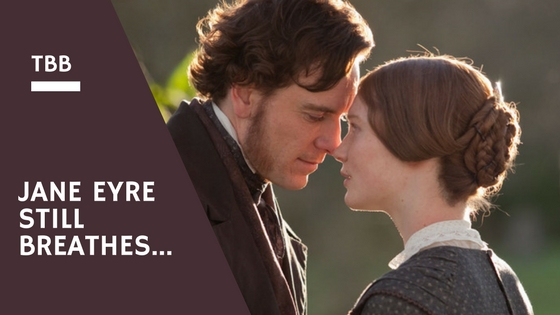 Jane Eyre is a classic and it had to be because there is none else a category where you can fix this novel by Charlotte Bronte. This is not a romance because, in romance, you seldom have the heroine who is so powerful in thoughts and has so many internal conflicts going on. This is not a thriller; this is not a suspense or crime fiction - it is a classic and it is, has been being, an evergreen novel! The story of Jane Eyre, a girl who becomes a woman in the hardships and fetches romantic notions for a guy who has been wronged by the fate and ultimately, the heroine embraces the person called - Mr Rochester.

Jane Eyre is a bildungsroman if you go by the ramifications of such genres or subgenres. Jane's development, morally and psychologically, is recorded in the novel and there is no harm or dispute saying that Jane Eyre is about Jane Eyre first and foremost and then about everything else. She braves the childhood at Lockwood, an almost torturous experienced in the same of schooling. She loses her friend Helen at the school and somehow manages to grow up into a governess. She accepts the offer of being a governess to Adèle Varens, the daughter of Mr Rochester, Edward Fairfax Rochester, to be precise. And then everything in the novel changes with the introduction of one of the best ever psychological quest within oneself - a different kind of Hamletian dilemma - should I fall in love or not!

The character of Bertha, Rochester's first wife, has been an issue of various discussions, debates, arguments and even books. Jean Rhys has given a different spin to the narrative of Jane Eyre in her much-acclaimed book Wide Sargasso Sea. The character of Jane has also been in the central flux of literary discourses. However, the only thing which remains intact to Jane is her quest for identity. She is looking for herself in herself and by herself!

Her rejection to Rochester and then to St. John Eyre Rivers and her coming back to Rochester after his blindness and tragedy... things will be there for discussion but this novel has almost become immortal because of this sequence. Jane knows only how to give; she did never happen to take something from someone...

You will surely love to read this novel and enjoy it. The language is poetic as most of the Victorian novels used to have. Plot and theme are something which might be interpreted in various of the ways but for the readers, this is a treat beyond any treatment!
Book Reviews Literature Opinions