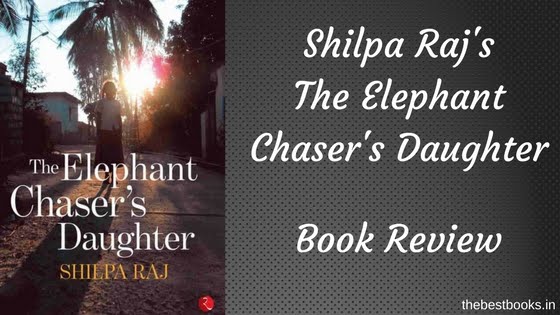 The Elephant Chaser's Daughter by Shilpa Raj is a book to go for. The memoir, also happens to be the very debut work, by Shilpa Raj has created a wave among the readers and all the leading book & authors platforms on the web. Moreover, Shilpa's role as herself in the Netflix original series Daughters of Destiny has also been admired and liked by national and international critics and also got coverage in the media, national as well as international. What makes Shilpa Raj's book so special? What makes her book a book which readers are welcoming? What are the qualities that call for a MUST read? Today, I will tell you all these in this post for TBB.

A Different Debut: Shilpa's The Elephant Chaser's Daughter isn't a book which was just casually written for a smooth debut. This book is the real story of her life which passed through different stages of troubles and obstacles. Her debut is not with a romance nor with a fairy-fiction. Her debut is a serious debut by a serious author who wants to write for the social causes. You will get to know all this once you read her book.

Critically Acclaimed: The Elephant Chaser's Daughter is a book which has been critically upheld by many critics and readers even before its launch. Critical associations such as Kirkus Reviews, Indian Book Critics, Featured Books and many others have pointed out many literary qualities that the book has. Shilpa's writing is young, innovative and does have a universal appeal. Even after being her personal story, the book can suit the narrative of most of the people who have been through the same trail.

Author's Vision: Shilpa Raj is the first author from her community to have written and published a memoir and it adds much to her credential. She wants to write for those who cannot even read and this makes her writing a noble cause. Her writing exposes the double standard we as a society have for the people who belong to nowhere. Through her personal story and family history, Shilpa has posed tough questions in front of us and readers get many things to know after reading her debut book. Shilpa raises the social causes of gender discrimination, social discrimination, caste based indifference and so on and so forth. Her writing has certainly put her among the forerunners among the authors who champion social causes and problems.

What Do You Get in The Book? The Elephant Chaser's Daughter is a book in which you can expect so many things. It offers you an emotional journey, an intellectual journey, a girl's journey from nowhere to somewhere where she can find some space for herself and she can realise what she can do. As a reader, you will find Shilpa's journey from her hometown to Shanti Bhavan, the school where she got her education. Shilpa's escape from a child marriage and her search for a better future are also some of the interesting and eye-opener episodes in the book. In short, this memoir offers you a lot!

Where can you buy the book? You can easily buy this book on Amazon India. You can get the E-book version for your Kindle reader or Smartphones or you can order the paperback. If you want to get 5% extra Paytm Cashback, WhatsApp the book's name to 8873371309 before you order the book.